Unless they read that list of the 10 mistakes that every new keto baker makes, and my solutions to avoid them! 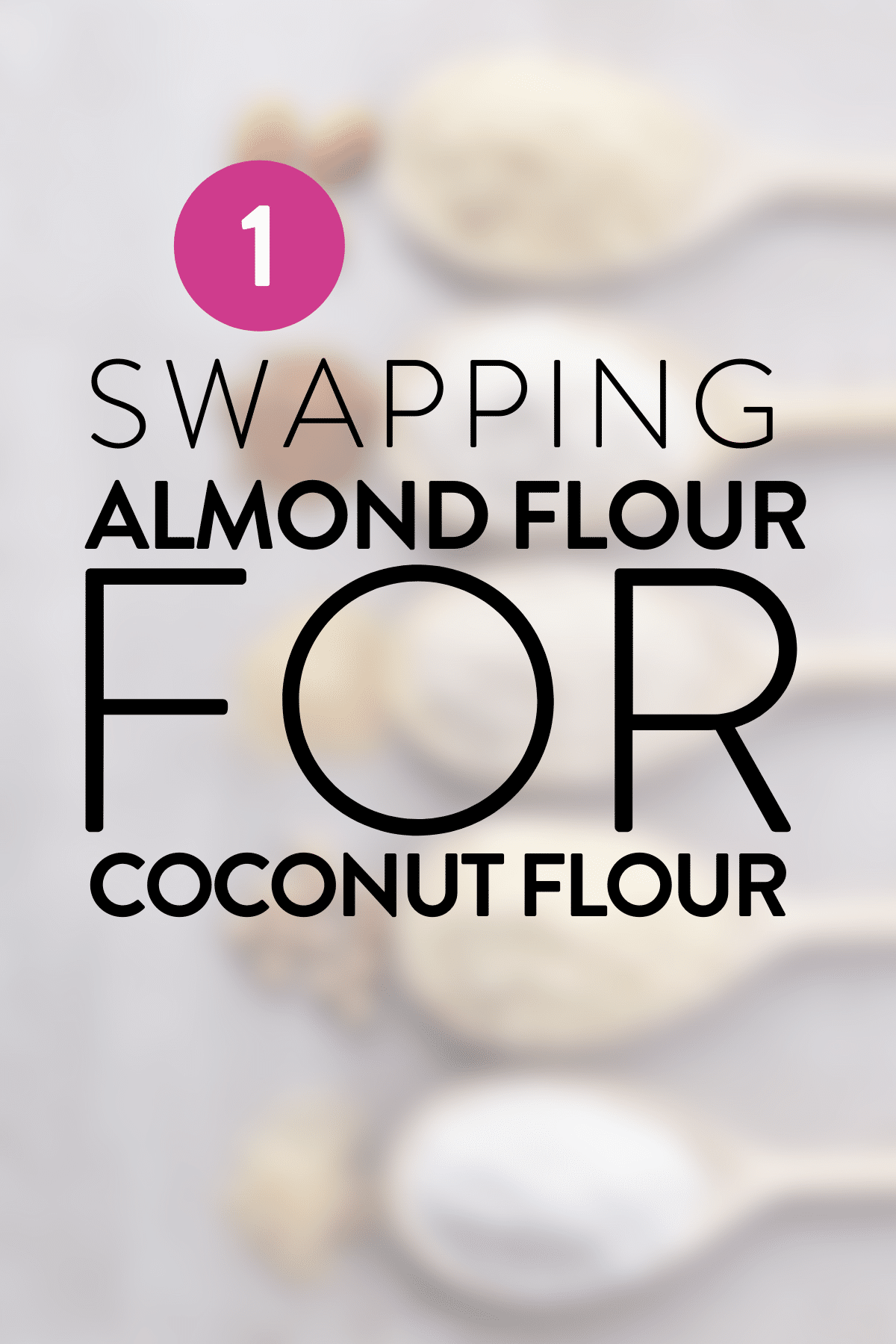 On a keto diet, we don’t use all-purpose flour or any other high-carb flour. Instead, we only use keto-friendly flours like Almond Flour or Coconut Flour.

While these flours look quite similar to regular wheat flour, they behave quite differently.

In fact, even coconut flour and almond flour are vastly different.

As a result, if you were to swap almond flour for coconut flour, you would most likely have terrible results.

For all my tips on choosing and swapping flours, read my Keto Flour article.

2. Using Liquid Sweeteners Instead Of a Crystal One 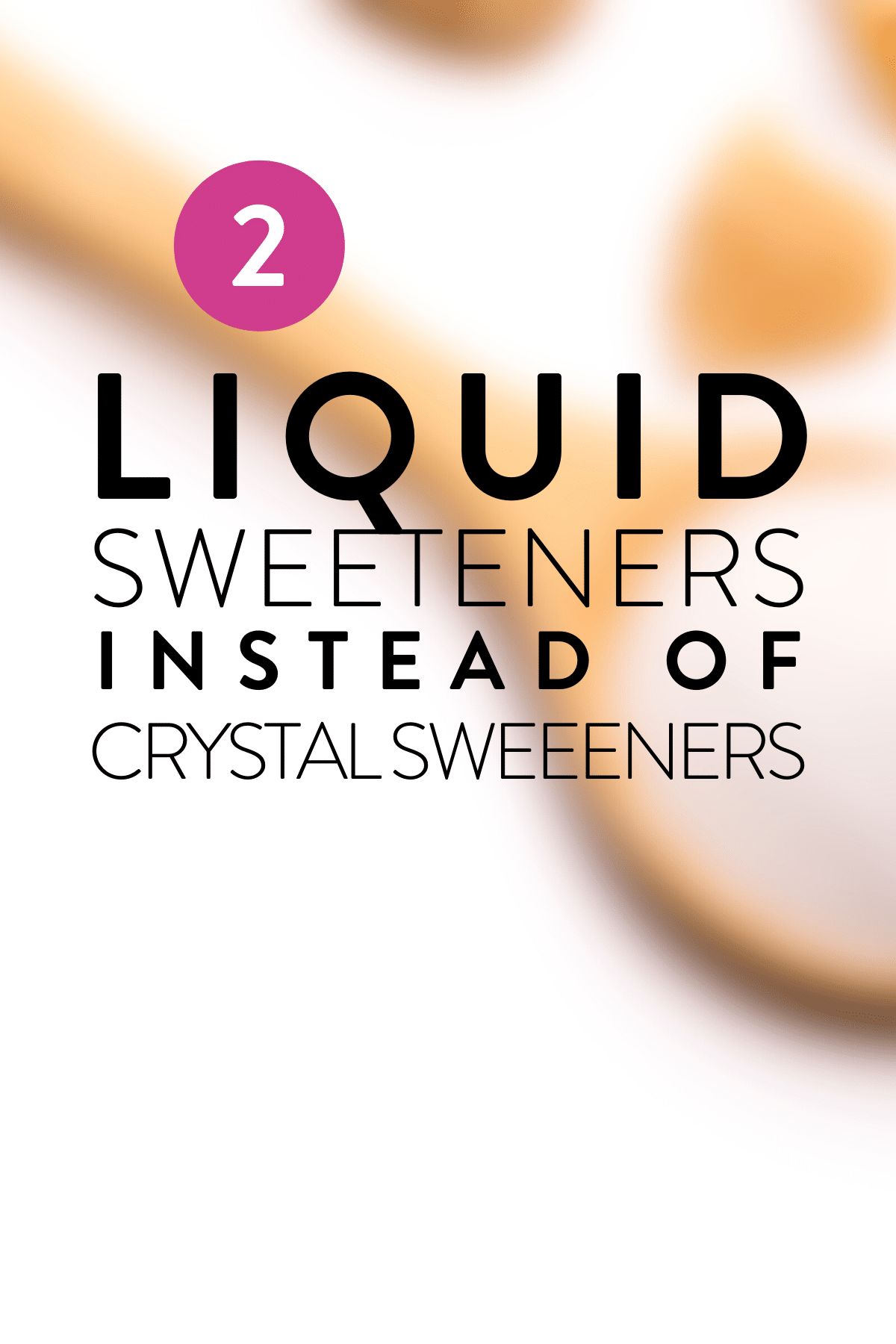 Are you new to Keto?

Receive my Keto Quick Start email series to learn all about the Keto diet and kick start your keto journey!

It is often believed that sweeteners are only used in recipes to add sweetness.

In reality, sweeteners bring two things to any recipe, only one is indispensable:

When a sweetener (Erythritol, Inulin, or even Sugar) melts, it creates very strong bindings with the rest of the ingredients.

Think of it as the difference between caramel and crystal sugar.

So if you were to replace the crystal sweetener of choice in your keto recipe with a liquid sweetener – even if you converted the amount to get the exact same sweetness – your baking would completely collapse.

Crystal sweeteners are to keto recipes what cement is to concrete buildings. 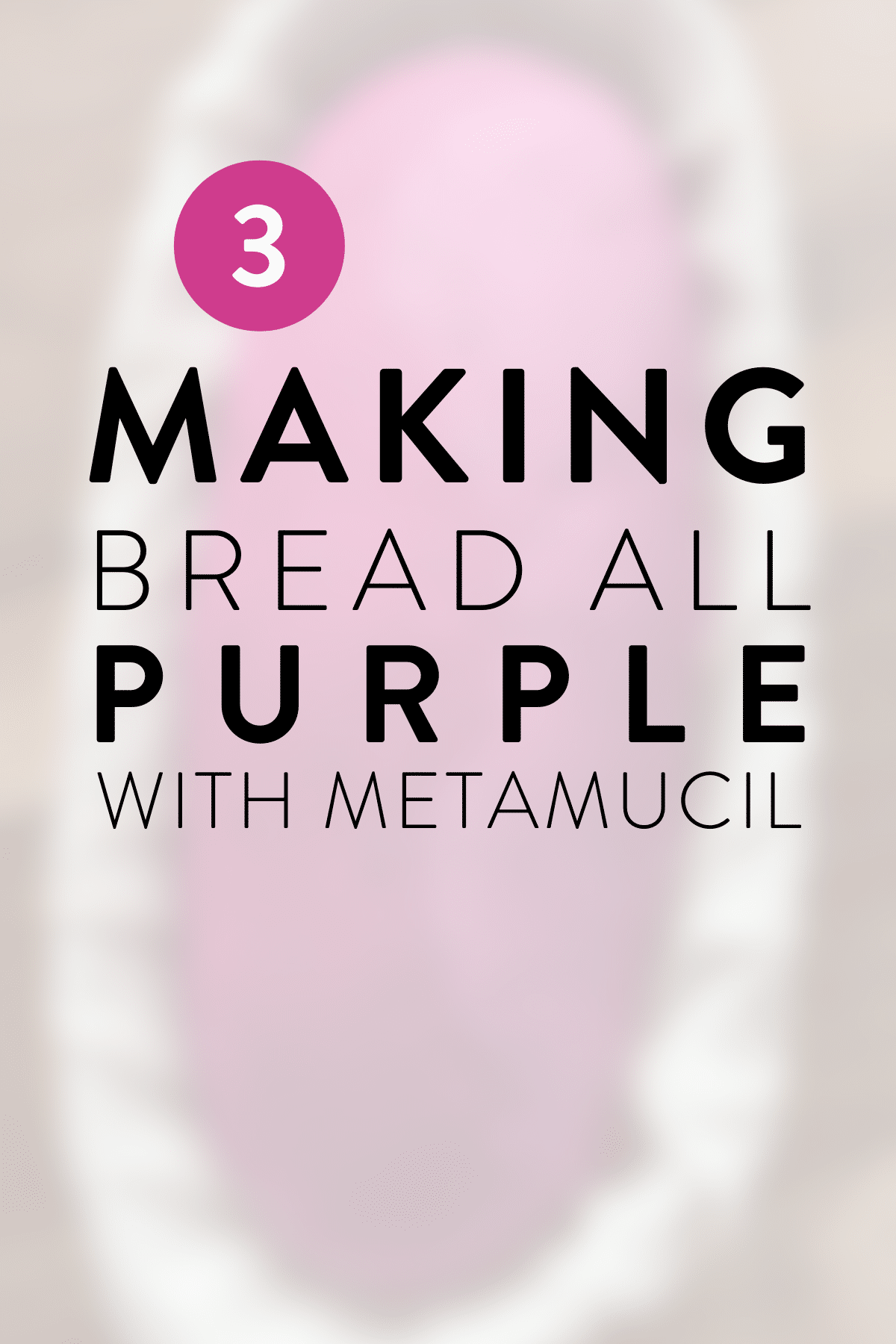 Psyllium Husk is an indispensable ingredient to many Keto Baking recipes.

In fact, I have more than 30 keto recipes using psyllium husk to make anything from keto bread to spinach balls or pizza crusts.

A very common keto baking mistake is to replace food-grade psyllium husk with a supplement like Metamucil.

Metamucil is made with only 58% psyllium husk! The rest is aspartame, flavoring, citric acid, maltodextrin, and coloring.

In fact, all of that is responsible for not only turning your baking purple but also with a weird taste and overly sweet, and, because Metamucil has less fiber than pure psyllium husk, your baking would be moist or undercooked.

So never, ever, bake with Metamucil or any other psyllium husk-based supplement, prefer food-grade pure psyllium husk. 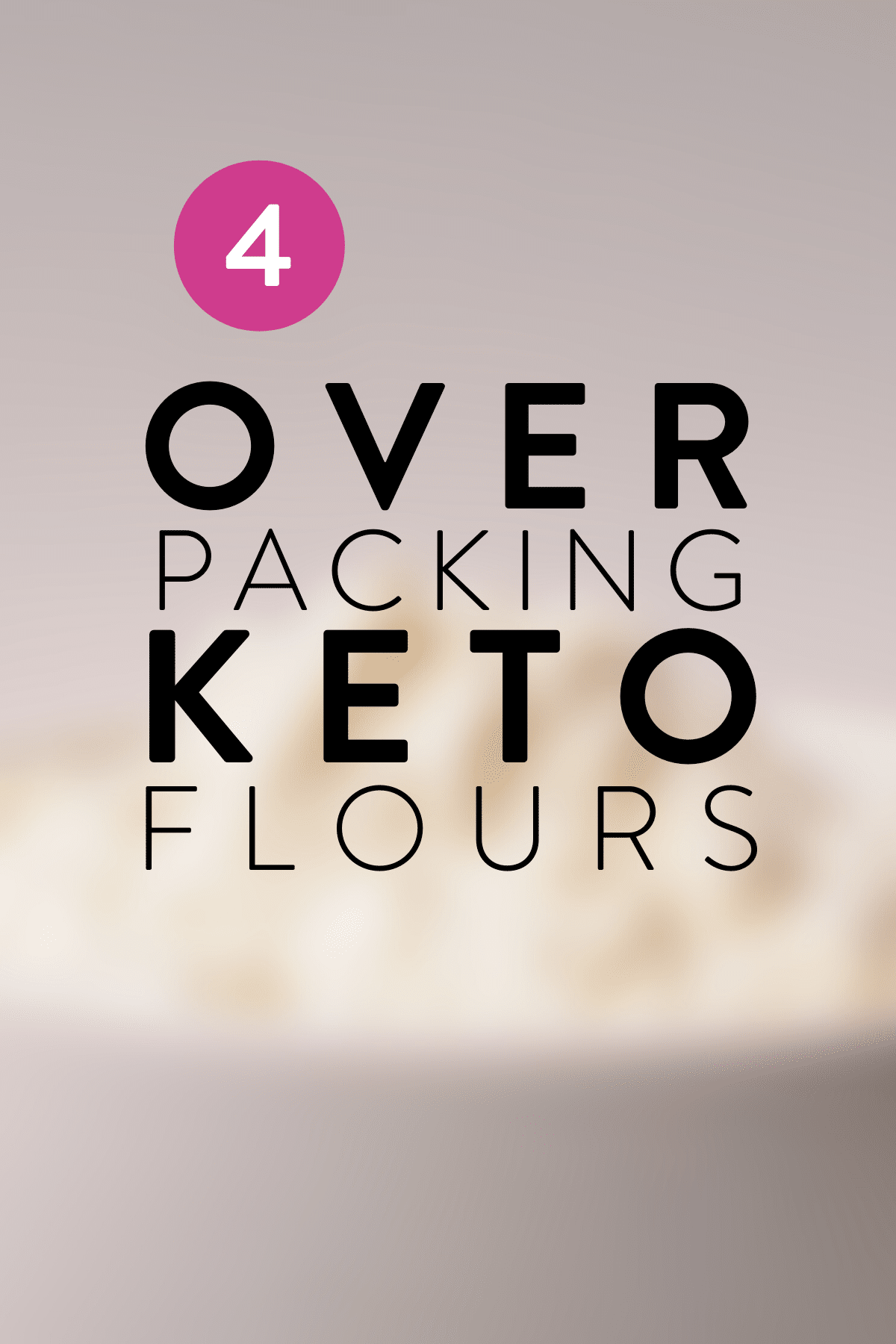 Keto flours are very different from regular flour. Not only because of their chemical properties like water absorption but also because they are far less standardized.

While you can trust a high-grade all-purpose flour to have about the same granulometry everywhere, it’s not the case at all for coconut flour or almond flour.

There’s so little standard that if you were to pack your measuring cup, you could get as much as 30% more flour than if you didn’t.

So avoid over-packing your flour if you measure in cups! Instead, gently scoop the flour and level the cup with the back of a knife.

5. Taking Baked Recipes Out Of The Pan Too Fast 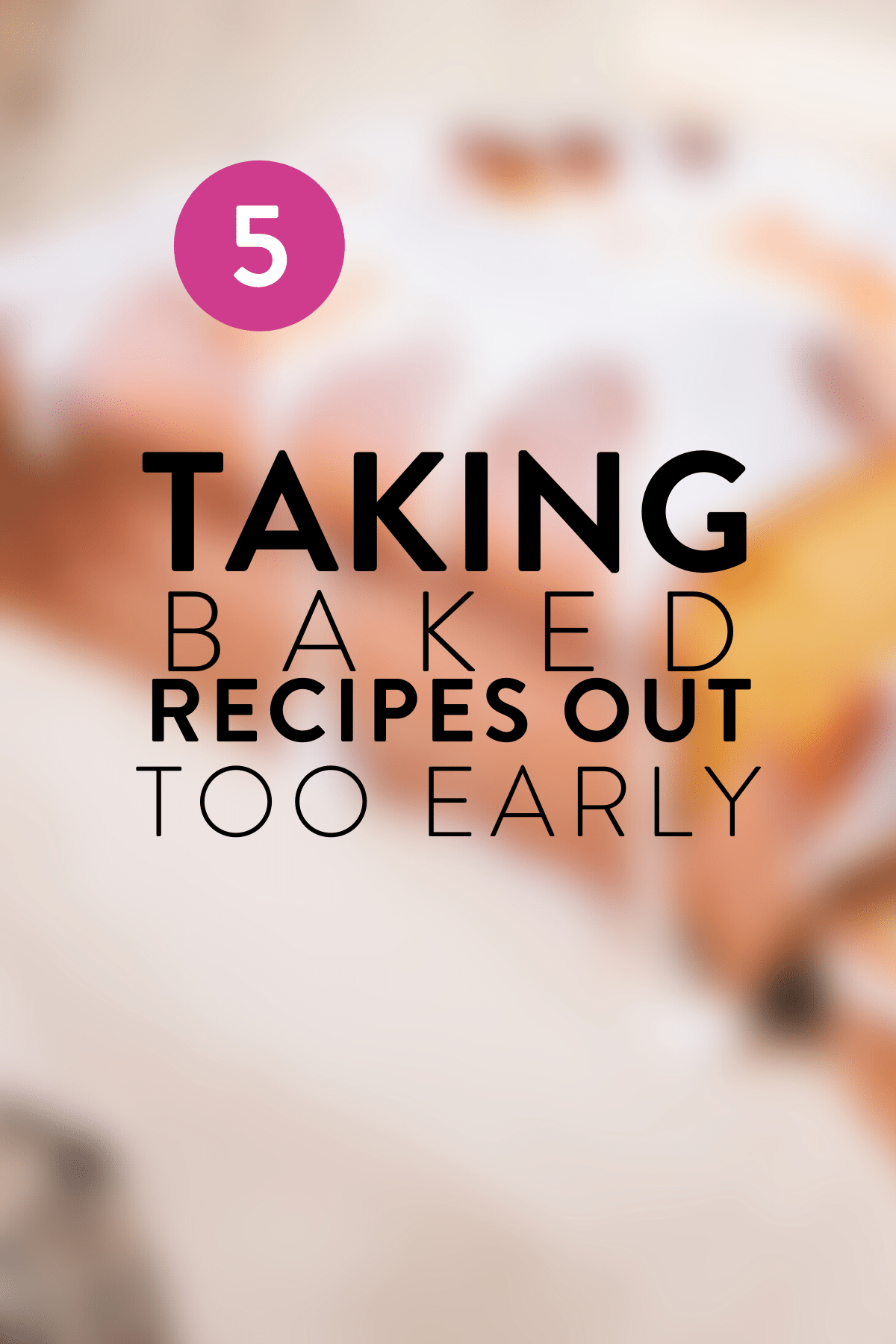 Baking always requires precision, but keto baking takes it up a notch.

Since you are working with more delicate flours and alternative sweeteners, small differences can have a huge impact.

In most of my baking recipes, I recommend leaving the bread, muffins, or brownies in their pan for at least 5 to 10 minutes.

This is because while the rest of the bread has fully cooked, the base which hasn’t.

Since it’s in the pan, it cannot release its moisture as well as the top, and therefore, leaving it in the hot pan completes the cooking! 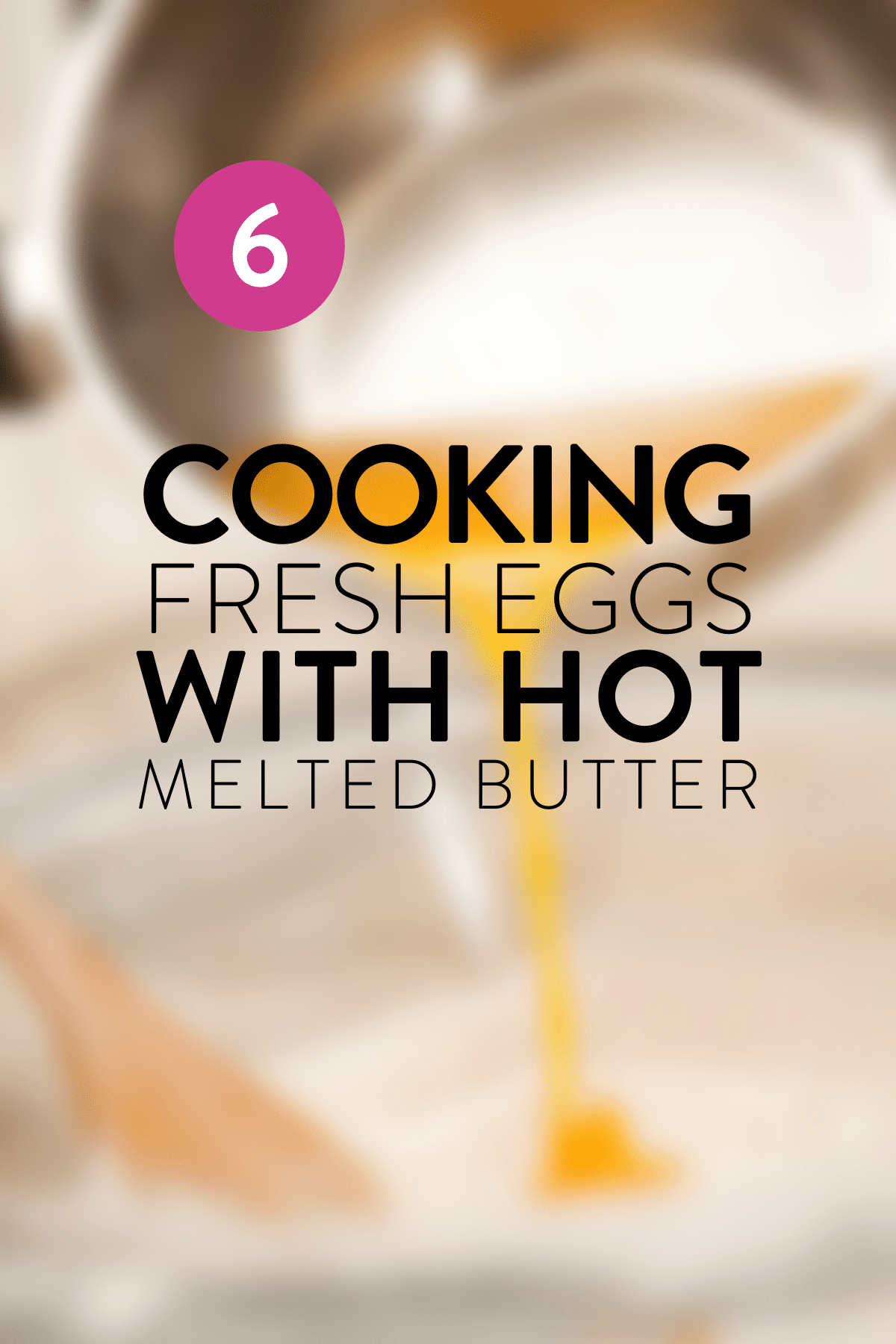 In Keto baking, we very often use melted butter or melted coconut oil.

While they both have fairly low melting points, leaving them in the microwave oven for 30 seconds, can make them reach temperatures above 140°F (60°C).

Combining your hot melted coconut oil or butter with an egg is one of the most common keto beginner’s mistakes.

This immediately cooks the egg, which changes its texture and makes it lose its binding properties.

Instead, always let your melted coconut oil or butter cool down a bit before using it!

7. Cooling A Dough With Cold Ingredients 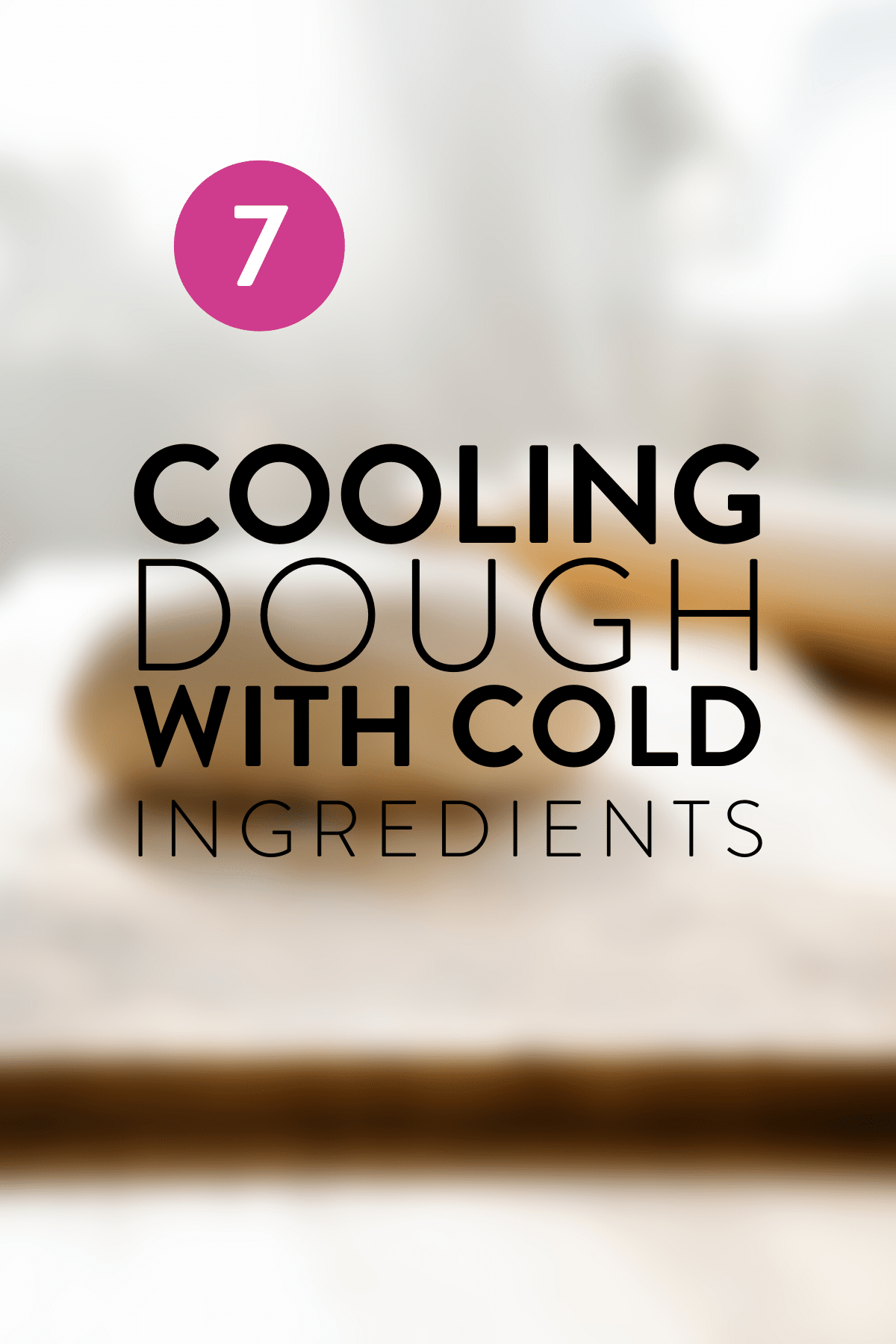 On the opposite end of the spectrum, a common mistake is to use ingredients straight out of the fridge.

This would have the complete opposite effect of increasing the time needed for cooking.

For example, if a recipe calls for egg, heavy cream, and almond milk, it’s almost certain that they need to be at room temperature before using.

Otherwise, your dough would be much colder than expected, resulting in bread or brownies that take a lot longer to cook – potentially staying runny on the inside.

To avoid this, take your ingredients to room temperature for about 30 minutes before making your recipe.

30 minutes is not enough time for any bacteria to develop in eggs or dairy products and is considered safe by the FDA. 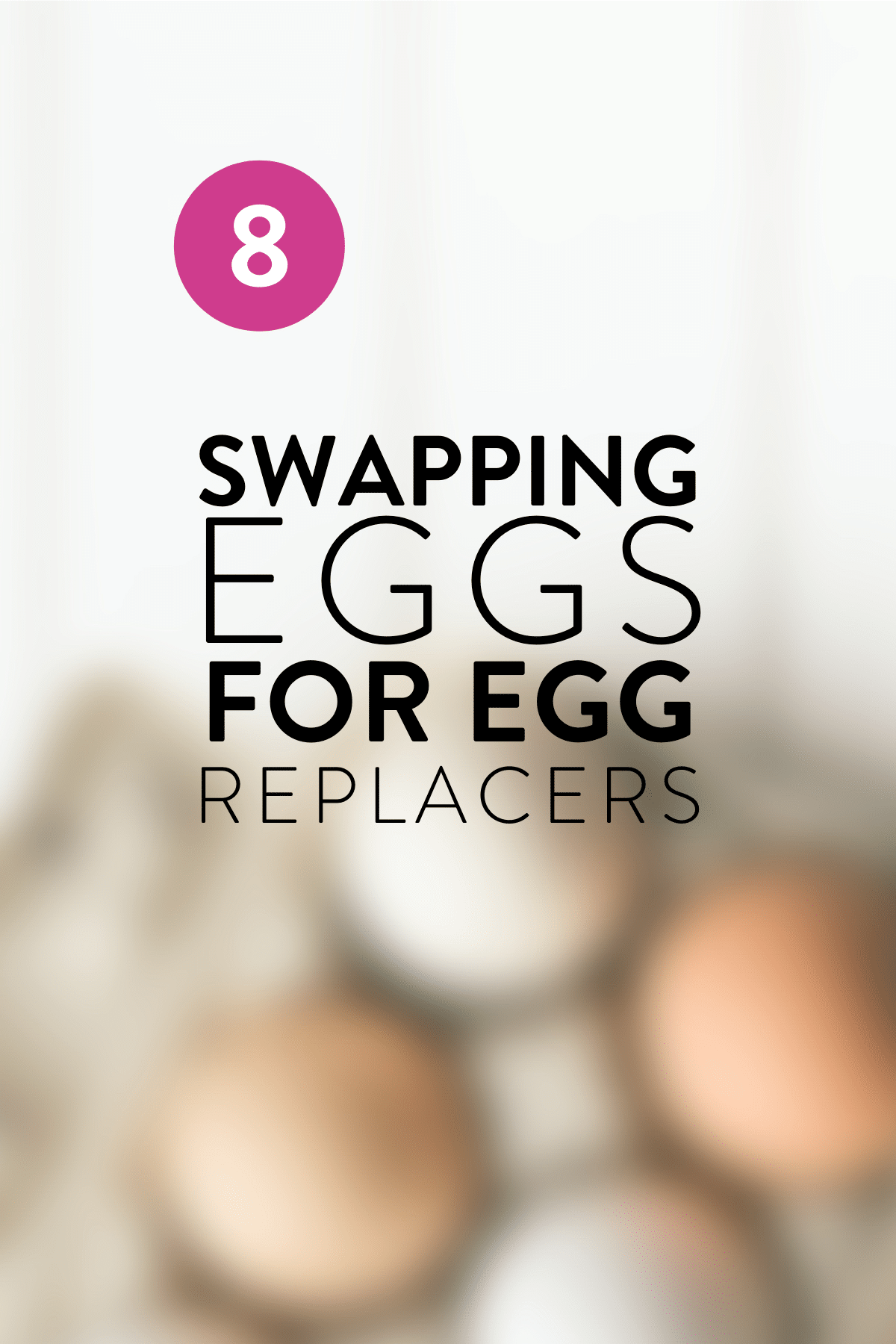 Egg replacers like flaxseed eggs or more industrial egg replacers are often used as a way to turn a vegetarian recipe with eggs into a vegan recipe.

While they work in a number of cases to make something that resembles eggs, it’s not a surefire alternative.

In fact, in many keto recipes, using an egg replacer would take the liquid to dry ratio out of balance, leading to either an overly dry or overly wet result.

So, unfortunately, there is no egg replacer that would work all the time. If a recipe states eggs and does not mention alternatives, you have to use eggs. 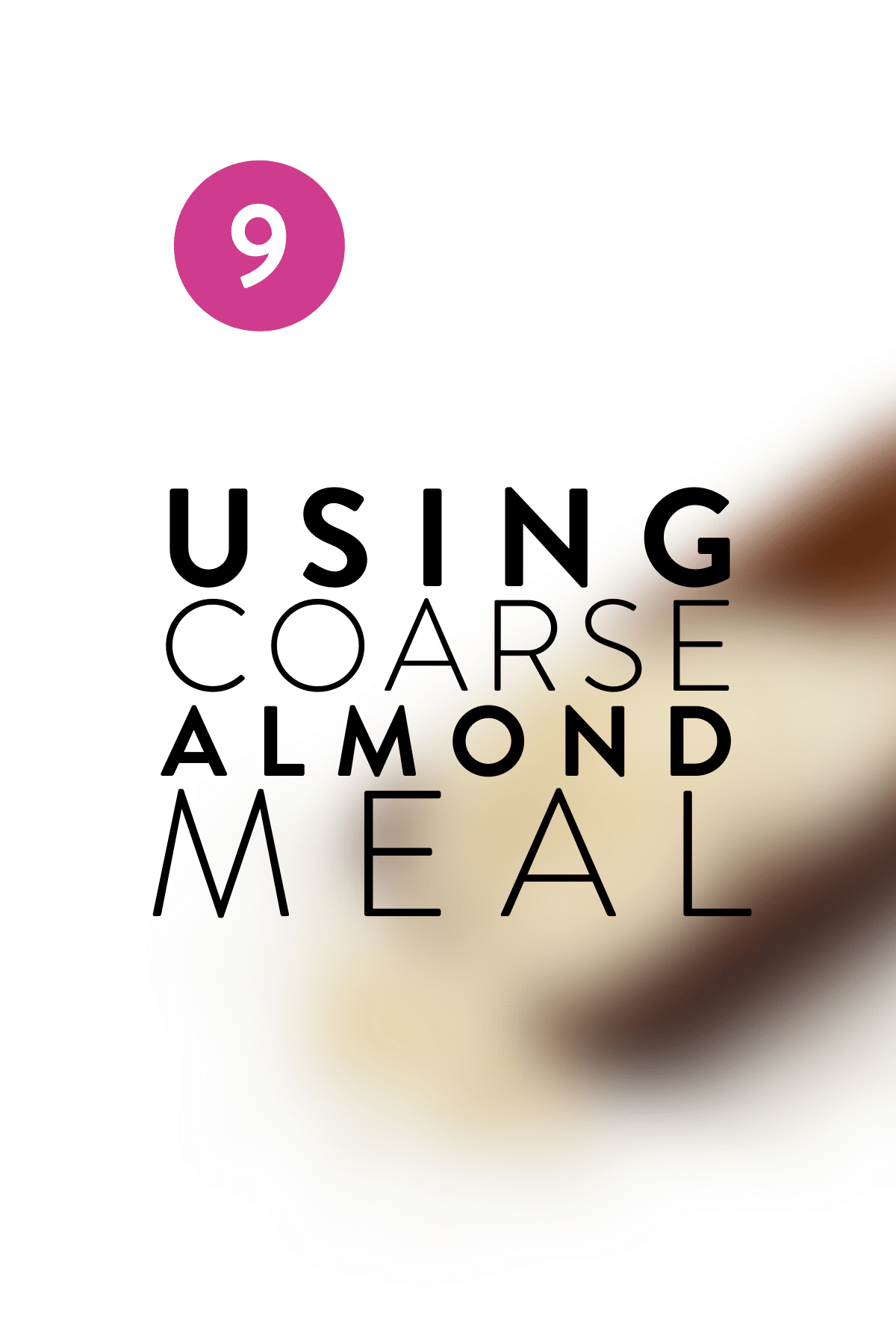 Almond flour is one of these ingredients that come in a huge variety of forms.

While it will always look like flour, manufacturers meal it to very different particle sizes.

In most keto recipes (and unless stated otherwise), it’s essential to use the finest possible almond flour.

10. Counting Erythritol In The Net Carbs 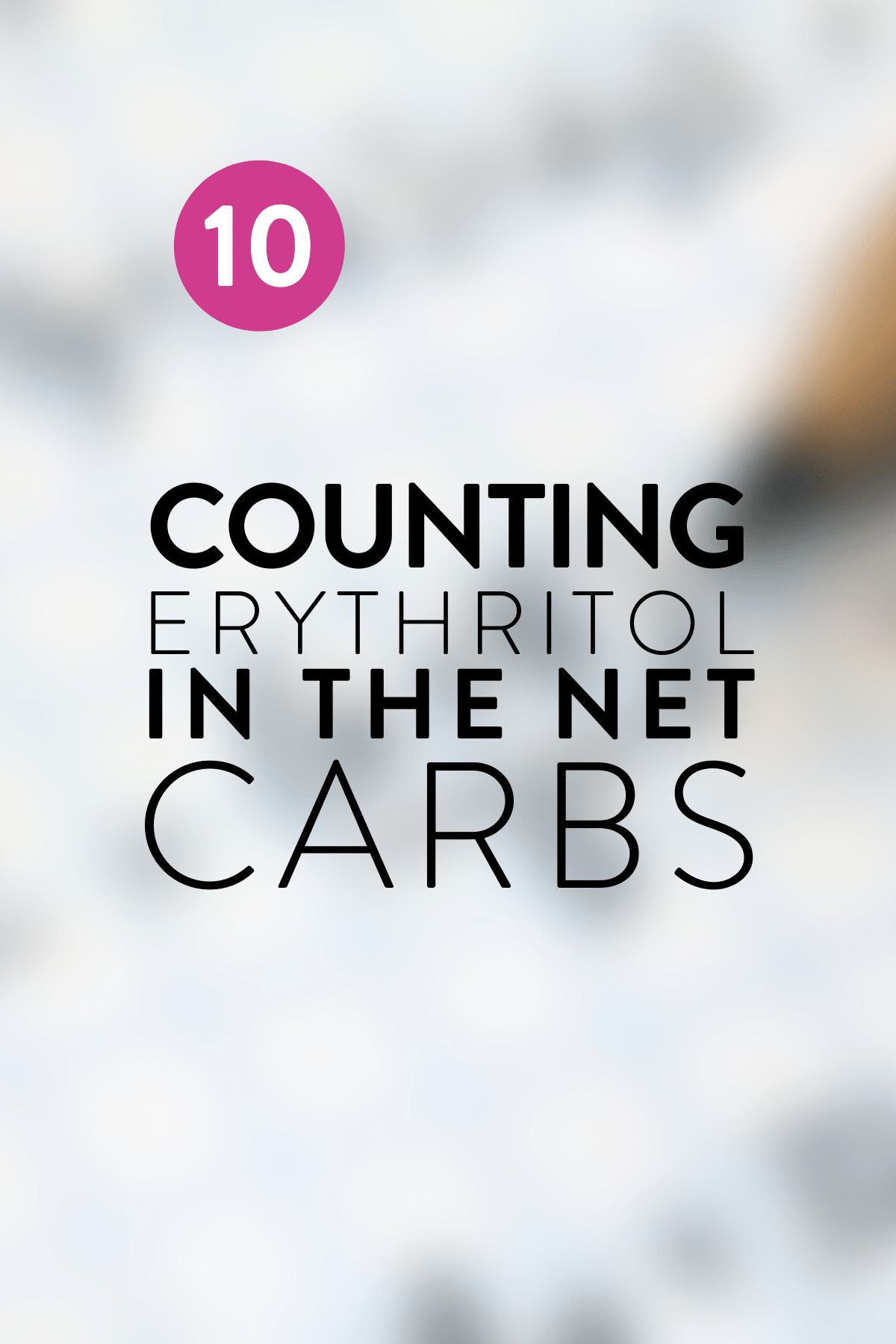 The last typical mistake that people make when baking keto recipes is not strictly about baking.

It’s about how they count their macros.

When you start on a keto diet, you’re told that what matters is the net carbs and that net carbs are the result of removing the fiber (in grams) from the total carbs (in grams).

While this works in many cases, the true net carbs are a tad more complicated than that.

The reason why we count the net carbs is that not all carbs are actually digested by your body and therefore result in calories being burnt by your body.

Fibers are not digested, so we always remove them from the carbs.

But erythritol and some other sugar alcohols behave the same, they are not digested.

As a result, even though erythritol is a carbohydrate, it is excluded from the net carbs figure.

Keto baking is quite different from traditional baking.

While it’s more complicated, it’s easy to find your way with the help of a few tips and tricks to avoid making the typical keto baking mistakes.

What Not to Buy for Your Kitchen? My Declutter Kitchen Mission!

We will be happy to hear your thoughts

Ketonewage.com  is a participant in the Amazon Services LLC Associates Program, an affiliate advertising program designed to provide a means for sites to earn advertising fees by advertising and linking to Amazon.com. As an Amazon Associate, I earn from qualifying purchases.